On the tip of a passing bike tourer I started keeping an eye on the reddit.com bike forums. Couldn't resit posting the bellow image. Congrats to my brother Joe and his wife Anni!

P.S. I love the monkies 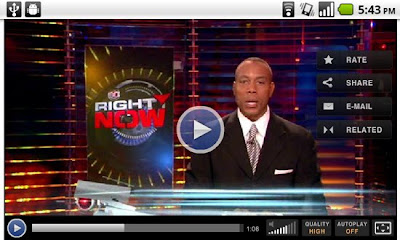 According to Ozcarguide, whom I'm not all that farmilliar with, the latest verizon update for the HTC Incredible which is expected out any day now will not only include the Android 2.2 Froyo update with Flash and tethering among other things, but full 720p video recording which would be absolutely great.

"In case you don't already know, the 720p video update which was suppose to happen last week had been paused, possibly to have it rolled out together with the Froyo update. In addition to the Android 2.2 update, now HTC Droid Incredible owners can enjoy 802.11n Wifi, Verizon 3G Wi-Fi hotspot, 720p video recording, Amazon's MP3 store and a few other fixes.

Update: The tweet is now being claimed as 'officially unofficial' as it is from Verizon but not endorsed directly by corporate. A minor technicality if you ask."

Sounds GREAT but there have been so many claims of release dates and features I'll believe it when I see it. :)

Update: IC Tech News also seems to confirm that the Verizon HTC Incredible update is coming out this Wednesday August 18th and will have tethering and 720p video recording.

The much anticipated Android 2.2 update or popularly known as ‘Froyo update’ is most likely to hit HTC’s Android OS on August 18. The much awaited Android 2.2 update will bring numerous benefits to the HTC Incredible users in the form of 720 p recording feature, mobile hotspot functionality, faster page downloads, better OS performance and lot of other significant features for business users and general customers. The upgrade also brings Flash 10.1 and USB tethering to Droid Incredible.

With the upgrade the Droid users can use a PIN number to unlock their phones and can choose to use phone’s voice recognition feature now available in many languages. The 2.2 update also enables Google search and YouTube apps to get directly installed on the SD card of the phone instead of internal memory. Users now get an access to global address list and new exchange calendar support. The business users too find the Froyo updates handy while locking their phones. The update also allows phones to be wiped in case of a theft or loss.

The Droid Incredible users find the mobile hotspot functionality especially useful as it allows them to use the internet on a laptop or any other Wi-Fi device via virtual hotspot. The update 2.2 also supports the latest mobile Flash video codec. In addition, the Incredible owners get a new boot up animation when the mobile is turned on.

Again this all sounds absolutely great, but I'll believe the release date, the 720p video recording and the tethering when I see them. :)
Posted by Michael Meiser at Monday, August 16, 2010 0 comments

Android 2.2 is rumored to be coming out in a few days for my Verizon HTC Droid Incredible. I can't wait!

The big ticket items I'm looking forward too are the huge speed boost and full support for Adobe Flash, meaning I can have full unencumbered access to all the video on the web.

I'm also hoping it will fix a few minor annoyances I have with the phone such as the screen dimming / undimming erratically when I'm on a call. 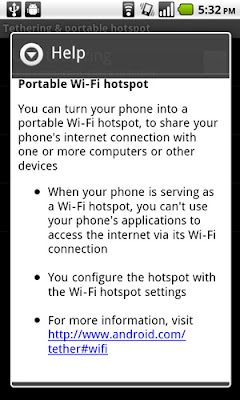 Another big ticket question is will it fully support tethering so I can use it to connect my laptop to the Internet when on the road or has Verizon has somehow disabled the feature? It's supposed to be a key feature of the Android 2.2 release but cell phone carriers like Verizon are infamous for disabling features that don't suit their fancy so I'll believe it when I see it.

Among other things I've been putting off setting up a computer next to the TV to use as a media center because once I can run Flash on my Android phone I can use it as a full blown media center. I will even have a number of options to control it including VNC and potentially a bluetooth remote though I'll likely stick with VNC since I tend to work on my laptop or at least keep it handy when watching tv.

The idea of using my Android phone as a media center is no small potatoes thing, it was on the original reasons why I got the phone

While full Flash support completes the Android phone's capabilities as a full on media player / media center even without the ability to watch video in Flash I use applications like Pandora and Slacker to listen to music constantly at work. I think my data usage was 3.5gigs last month, so obviously these are a couple of my most used appications right next to google's Gmail app.

Ironically I've not yet bothered to put my extensive MP3 collection on it and may not so long as applications like Pandora and Slacker suit my needs.

I've also become fond of an application called BeyondPod which is a podcast aggregater for Android. I've not yet been able to fully utilize it yet because of a few probably minor bugs but I have been using it to follow some of my favorite podcasts like MTBcast's coverage of the Tour Divide (the mountain bike race down the great divide).

I'm hopeful that in the future applications like Boxee will come to Android and further enhance it's ease of use with an integrated media playing experience.
Posted by Michael Meiser at Sunday, August 15, 2010 0 comments

Welcome to my new url

I've been using google's blogger platform since 1994(ish?) and google had end-of-lifed some of the older features I was using to support my blog at mmeiser.com/blog. Most specifically FTP support which was a primitive and resource intensive mechanism for keeping a blog up to date anyway. I also wanted to take advantage of many of the great newer features in google's latest blogging platform.

The design shell of the new blog will continue to look a little crufty, but I should start updating regularly again.


I've also been able to move my complete post archive since 1994 over to the new location which has some added benefits like being able to bring a little transparency to the archive with search and browseable tagging / categorization.

I'll eventually get my archive back up at mmeiser.com/blog again or at least redirect urls to their new location. Just have to make some DNS configurations.